Two New Tick Types Found In Connecticut: Together They Spark Concern Over Lyme and Tick-borne Diseases for 2021 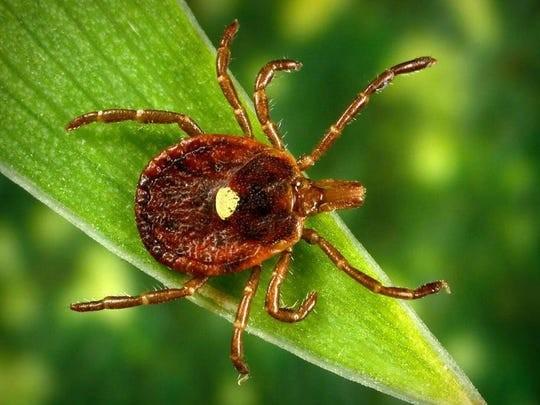 Spring is upon us, which in Connecticut means sunshine, warmer, longer days, and unfortunately, ticks. Data from the Connecticut Agricultural Experiment Station (CAES), released in last year's report, with funding from the Centers for Disease Control and Prevention (CDC), indicates that 2019 was a particularly bad year for ticks across the state.

Over 2,500 ticks, including 2068 deer ticks (Ixodes Scapularis) and 467 American dog ticks (Dermacentor Variabilis) were collected, and all-female deer tick samples were tested for several pathogens that cause disease in humans. The results were alarming, and experts warn that a mild winter can contribute to a larger boom in the tick population, so 2020 - 2021 could potentially be a more active year for the tick population.

Out of the adult deer tick samples tested:

The CAES did not test for other tick-borne pathogens, such as Babesia Duncani (Babesiosis more common to the Pacific coast and Canada), Bartonella Henselae (cat-scratch disease), and Bartonella Quintana (trench fever).

The lone star tick is known for the silvery white star-shaped spot on its back, and is distributed throughout the eastern US. The CDC has identified this tick as a vector for Ehrlichia chaffeensis and E. ewingii (ehrlichiosis), Francisella tularensis (tularemia), Heartland virus, Bourbon virus, and Southern tick-associated rash illness (STARI). Lone star tick can also cause an allergy to red meat, known as alpha-gal syndrome.

In addition, the CAES releases annual data on its tick submission and testing program, which verifies the findings of the collection study. Of the 3,760 deer ticks submitted, 1,257 (35.7%) were positive for Borrelia Burdorferi, 304 (8.6%) were positive for Anaplasma Phagocytophylum, and 330 (9.4%) for Babesia Microti. Out of all ticks submitted 145 were lone star ticks. Full data can be found on the CAES website, where you can also find information on how to submit ticks for surveillance.

Please call or message Tao Vitality if you need assistance to send your tick for testing or if you have any questions regarding chronic Lyme Disease symptoms.

The best course of action is to remove the tick gently with tweezers, grasping as close to the skin as possible. Do not grasp and squeeze the body of the tick. Do not stun the tick with fire, alcohol or any other liquid, as this can cause the tick to release its stomach contents.

Do not wait for symptoms such as fatigue, headache, rash, and joint pain to set in. Prompt treatment is the best prevention of serious infection. Contact Tao Vitality if you have any questions or need help with sending ticks for testing.

Dr. Keith Yimoyines is a Naturopathic Doctor practicing at TAO Vitality in Hebron, CT (P: 860-228-1287) with a focus on the diagnosis and treatment of Lyme and other tick-borne diseases.

Tweet
NOT GETTING ANSWERS TO YOUR HEALTH CONCERNS? WHY N...
Lyme Disease Prevention Part 2: What To Do If You ...

Dr. Keith Yimoyines completed his Doctorate in Naturopathic Medicine at the Southwest College of Naturopathic Medicine in Tempe, AZ in 2011. He has been in practice in Connecticut since 2011. His practice focuses on acute and chronic pain management, auto-immune disease and arthritis, digestive issues, allergies, and men’s health.

By accepting you will be accessing a service provided by a third-party external to https://www.taovitality.com/

Dr. Hinchey, Medical Director of Tao Vitality, is also the owner and a co-founder of Lymecore Botanicals. Lymecore Botanicals was created years ago out of the need for the 3 founding naturopathic physicians to have a steady supply of the herbal medicines they used to support their Lyme treatment protocols.

Two of the founders and co-owners Dr. Aieta and Dr. Hinchey personally have Lyme Disease experiences, which has instilled a higher level of passion for supplying the purest herbal medicine to their patients and to other physicians.

Listen to the interview with Dr. Hinchey and Dr. Aieta on how Lymecore Began.

Dr. Hinchey recommends treating acute Lyme from a confirmed infected tick with the appropriate antibiotics (typically 21 days of doxycycline ) within a four day window of the bite for the best results.

When done appropriately, introducing herbs early on with the antibiotics or even before the antibiotics are prescribed, he finds very few patients transition to chronic Lyme Disease, which is far more difficult to treat. 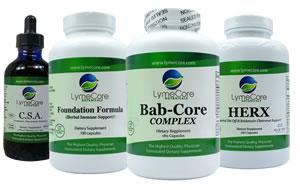 After Bite (Andrographis | Echinacea | Plantain) is meant to be a first line response to tick bites until you can have the tick tested for Lyme Disease or co-infections and you can see your doctor for a proper exam and diagnosis. It can be applied topically with a cotton swap or taken internally.

Andrographis attacks the spirochete—a corkscrew-shaped bacterium called Borrelia burgdorferi. It's recommended to soak a cotton ball with the After Bite and apply directly to the bite so the andrographis can absorb into the skin.

Plantain is known for drawing things out of wounds.

After Bite is not meant to treat, heal or cure Lyme Disease.
‡ These statements have not been evaluated by the FDA. These products are not intended to diagnose, treat, cure or prevent any disease.

Stay Up To Date